Not too long ago, Donna and I were talking about the hows and whys of maintaining relationships and friendships: how do we choose who is most important to us, who shapes us in positive or negative ways? Why do we place such special significance on some relationships, despite obstacles of time, distance, personal differences? And why do we let other relationships (that are potentially more convenient to maintain) falter?

Shortly after that discussion, I sent an email to Jon the Artist trying to detail some of these answers for him about how I think about him in my life. Considering the following facts: 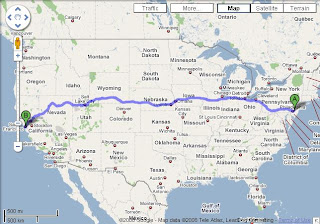 And yet, there is this small piece of my heart that belongs entirely to him. Last year, I visited him while on vacation at Christmas, which I wrote about here. After the trip, I tried really hard to write about the experience, and I failed miserably. I’m still unable to say the things I want to say. I tried to articulate things for him in the email, and I’m not sure I got it quite right, though this was close:

Of course, we were 14 when he showed me this and I didn’t realize that was the lesson I’d come away with 15 years later. But reflecting on the people I’ve chosen for my life over the past 15 years, I realize that it’s true: I have allowed myself to be used and manipulated (and, in the interest of full disclosure, have done my fair share of manipulation) by scores of people, and I’ve become more than a little jaded about it. But when I think about the summer of 1993 and my young, brief relationship with Jon (that mainly existed via long-distance phone calls), I realize: there was nothing complicated or ugly about it. It was, simply, two kids who wanted to spend time together because they liked each other.

Now in 2008, with 15 years of experience behind us, we are different people, in many ways: we are different than the people we were at 14, and we are different from each other. But while I look at most of my previous failed relationships and friendships to discern what I will no longer accept for myself, I realize now that a lot of what I look for in friends and partners is reminiscent of what Jon brought to my life.

So I think this is partly why it seems important to me to maintain the friendship now that it’s been found again. I’m not sure it answers all the questions I have about how and who and why we choose what we do, but I’m pretty confident in the choices I’m making now. And despite the time apart and the divergent lives, I think there’s enough in common beyond the summer of 1993 to make the friendship worthwhile.

Let’s just hope that super-obvious dorkiness is no longer one of the things we have in common.